Our goal is simple: helping you tell your story and own the conversation.

HBW’s Communications and Public Relations team acts as a force multiplier, building communications strategies that amplify and support the steps your team is taking to reach your advocacy and policy goals.

We do this by becoming your trusted counsel and sounding board, drawing on our team’s top-tier energy and environmental expertise and training from the creative, journalism, and policy worlds.

HBW excels at creating nuanced, precise and organic narratives that distill the complex into the simple and convey the emotions that persuade.

Our communications efforts complement your communications, legal, public and government affairs teams, to support whatever energy and environmental campaign, advocacy or policy objective you may have. We act as a force multiplier to the rest of the HBW teams working on your behalf, building communications strategies that amplify and support the steps our colleagues are taking to reach your advocacy and policy goals.

HBW develops the messaging, creative materials and writing that move opinion, drive results and reach your desired audiences. Our communications team brings a deep roster of media contacts and expertise in every conceivable medium – traditional, digital, social and even old-school signs and billboards – to ensure your message is heard.

Our nimble structure and unrelenting focus means you’ll work directly with our senior team. HBW is adept at maximizing your investment to get you where you need to be – scaling up and down as needed when the market, situation or media cycle changes. We do all our digital, graphic and audio/video work in-house, which allows for a more cost-effective allocation of your resources. 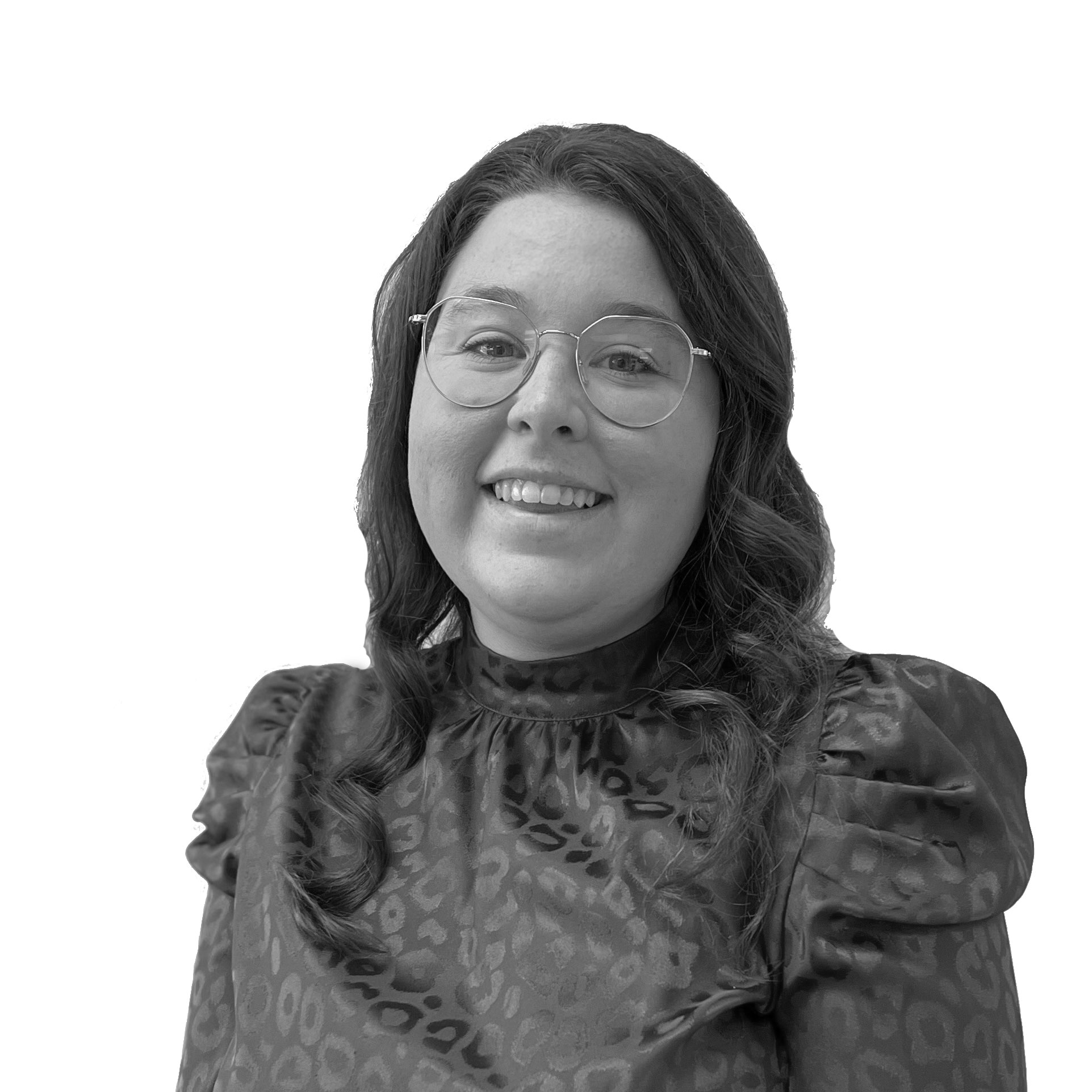 ​As HBW’s Government Affairs and Communications Support Manager, Kaitlyn is responsible for assisting on regulatory and legislative initiatives and events in key states, stakeholder and elected official engagement, reporting on key initiatives, and assisting in researching and developing company and client messaging.

Prior to joining HBW Resources, Kaitlyn worked in the Texas House of Representatives as a Legislative Aide and has worked on a number of campaigns for the Texas Legislature in the Southeast Texas area.

Kaitlyn has a Bachelor of Science in Political Science from Texas A&M University and is currently pursuing her Master of Legal Studies in Energy, Oil, and Gas Law from Texas A&M School of Law. 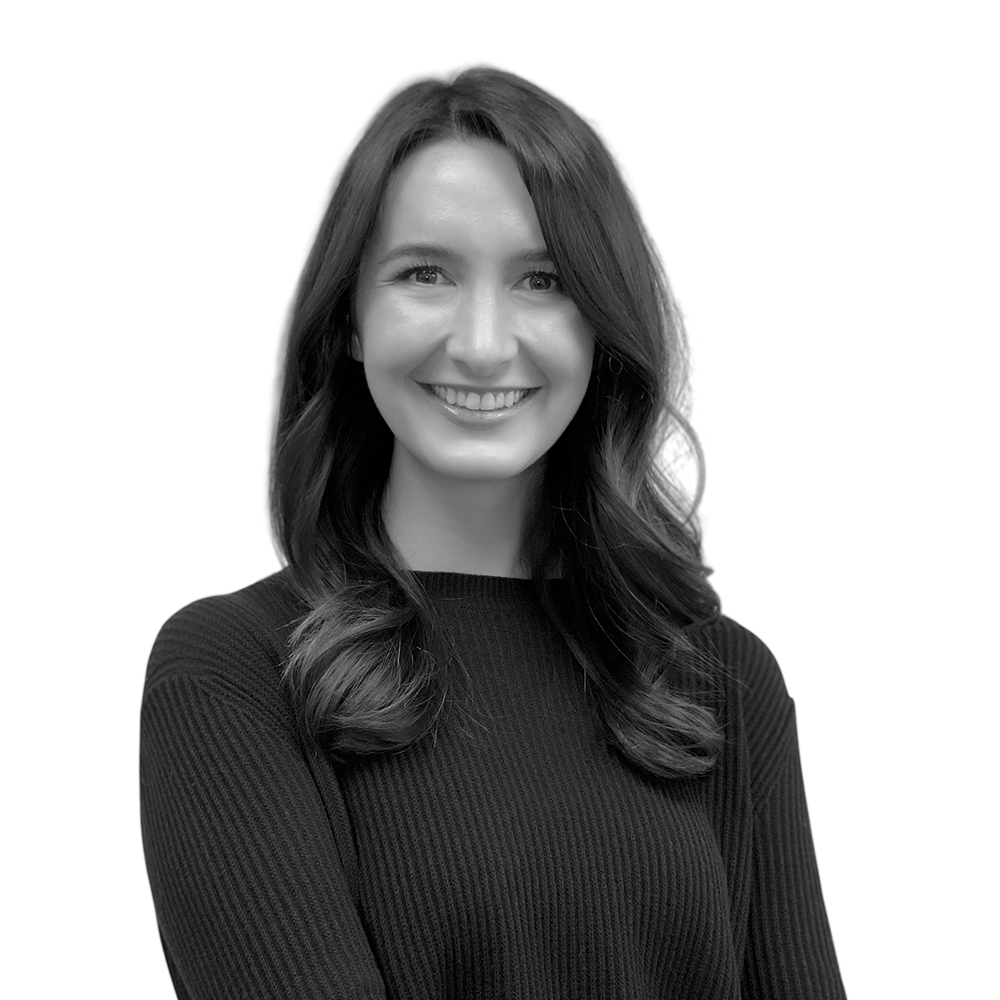 As Communications Manager at HBW, Rachel Edwards is responsible for managing strategic communications, media relations and branding for HBW and its clients.

Prior to joining HBW, Rachel worked as a Regional Director for Senator Ted Cruz in his 2018 re-election campaign for U.S. Senate. She has also worked at a leading global marketing communications firm, where she managed digital and traditional advertising campaigns for her clients. Rachel has developed communication strategies and advertising campaigns for both nationwide and regional organizations.

Rachel holds a B.S. in Communication Studies and an M.A. in Advertising from the University of Texas at Austin.

Jaycob Garcia is the Manager of Communications & Advocacy for HBW Resources where he provides support and substantive direction for HBW’s clients, with a specific focus on grassroots communications, creative development, website and marketing support, advertising and reporting. Jaycob also works closely with HBW’s Government Affairs team, where supports outreach to local, state and federal elected leaders and officials.

Prior to joining the HBW team, Jaycob served as the Vice President of Operations for Steve Ray Associates; Campaign Coordinator for Texas Railroad Commissioner Jim Wright; Legislative Director for Texas State Representative Geanie Morrison; Director of Operations & Staff Assistant for U.S. Congressman Michael Cloud and has worked on numerous campaigns across the State of Texas. 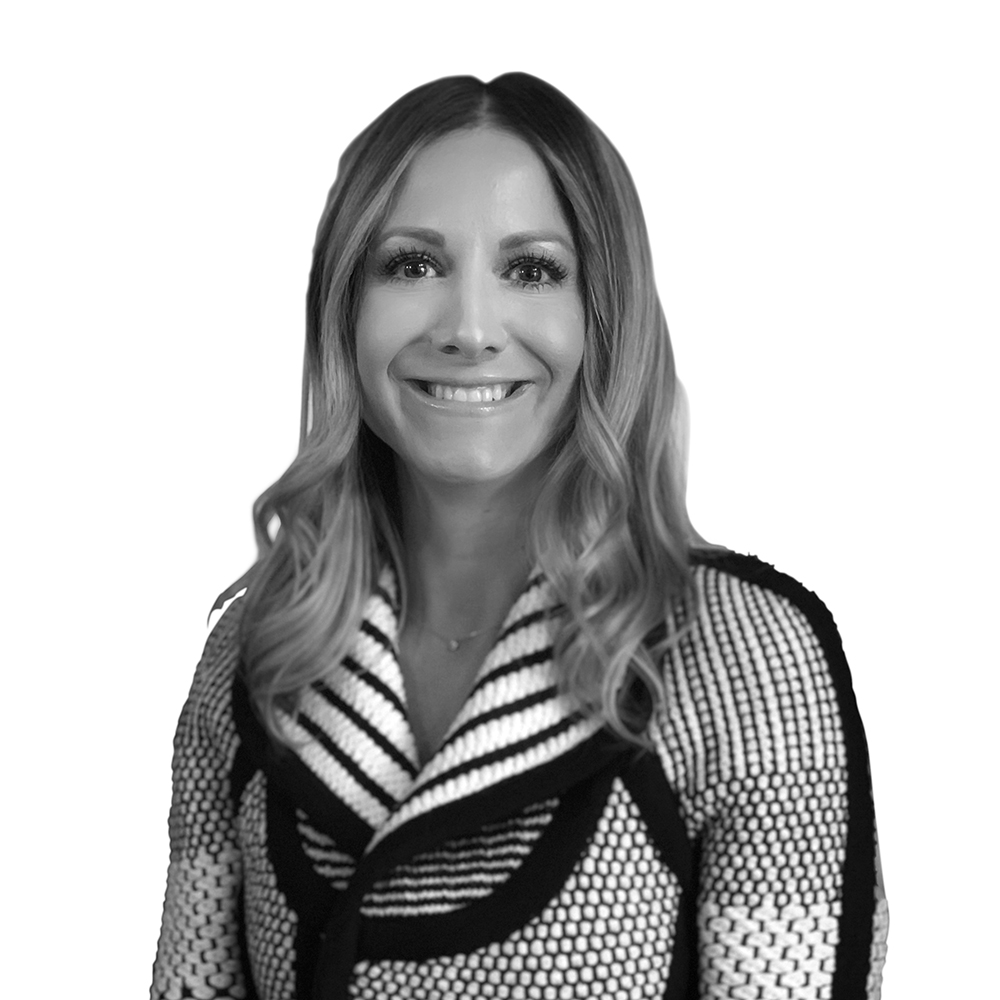 Before joining HBW, Emily coordinated global media relations for economics, military, transportation and energy issues at IHS, Inc., now IHS Markit. Emily’s broad experience in marketing and PR and across media channels is complemented by her demonstrated depth in the specialized aspects of energy communications, which she honed in assignments as diverse as publishing a magazine for a production house, working as an energy staff writer and leading sales and marketing for a global freight forwarder that works closely with energy, mining and manufacturing clients.

Emily has a B.A. in journalism studies from the University of Nevada-Las Vegas. 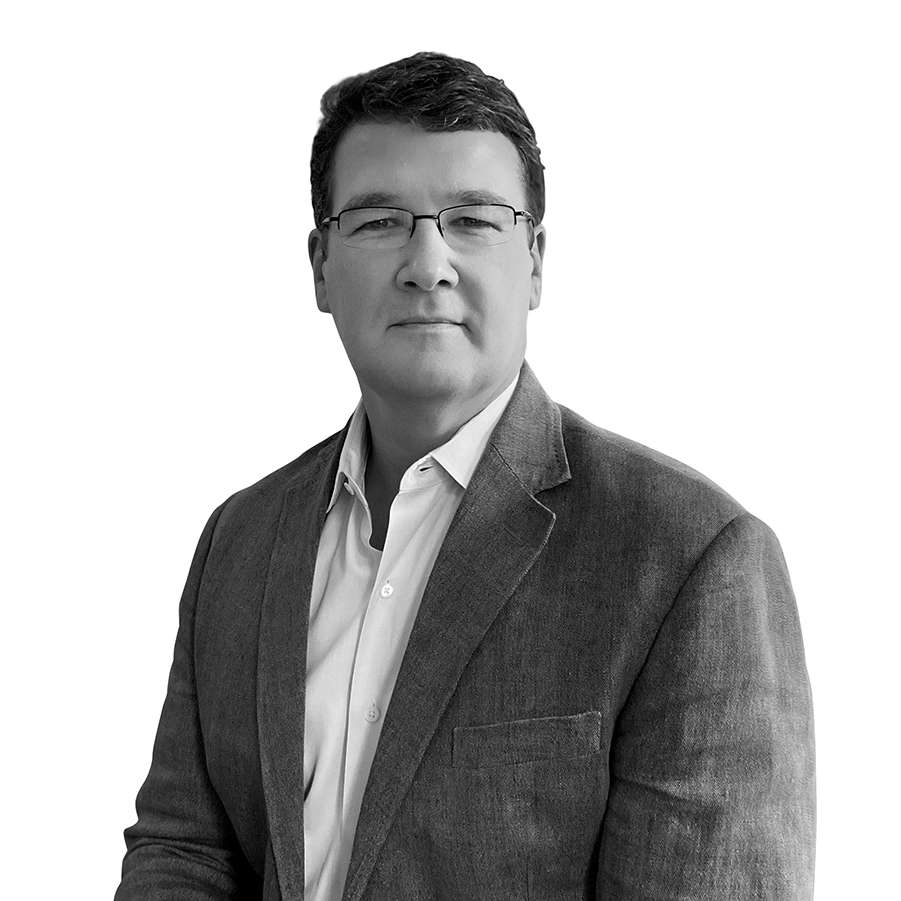 David Holt has more than 30 years of experience working for state and federal agencies and Congress and directing outreach and advocacy efforts. David founded HBW Resources in 2005 to provide counsel and guidance to companies regarding governmental and industry energy initiatives, including issues related to energy security, exploration and production, advanced technologies, air quality, and refining. HBW’s core expertise is implementing and managing expansive energy-specific advocacy campaigns to generate a full complement of stakeholder, media and grassroots support for thoughtful, positive energy development.

Previously, David served as Vice President of Government Affairs for Hart Energy Services; Senior Legal and Energy Counsel to Chairman James E. Nugent of the Texas Railroad Commission; Counsel to the House Judiciary Committee; and in the Public Affairs and Media Office of the U.S. Department of State under President George H.W. Bush.

David also currently serves as President of Consumer Energy Alliance, a trade association that focuses on expanding the dialogue between the energy sector and the rest of the economy. With more than 550,000 members nationwide representing every sector of the U.S. economy, CEA is the leading voice for sensible energy and environmental policies for consumers, bringing together families, farmers, small businesses, distributors, producers and manufacturers to support America’s environmentally sustainable energy future.

David regularly authors columns and appears in national media outlets. He is a frequent speaker at national energy forums, has testified before Congress and is regularly sought out by policymakers and business leaders for his energy policy insight.

David serves as a founding Board Member of the Consumer Energy Education Foundation and a member of the Board of Trustees of the St. Anne Catholic Foundation.  He is an attorney.  David lives in Houston with his wife Maureen and three children. 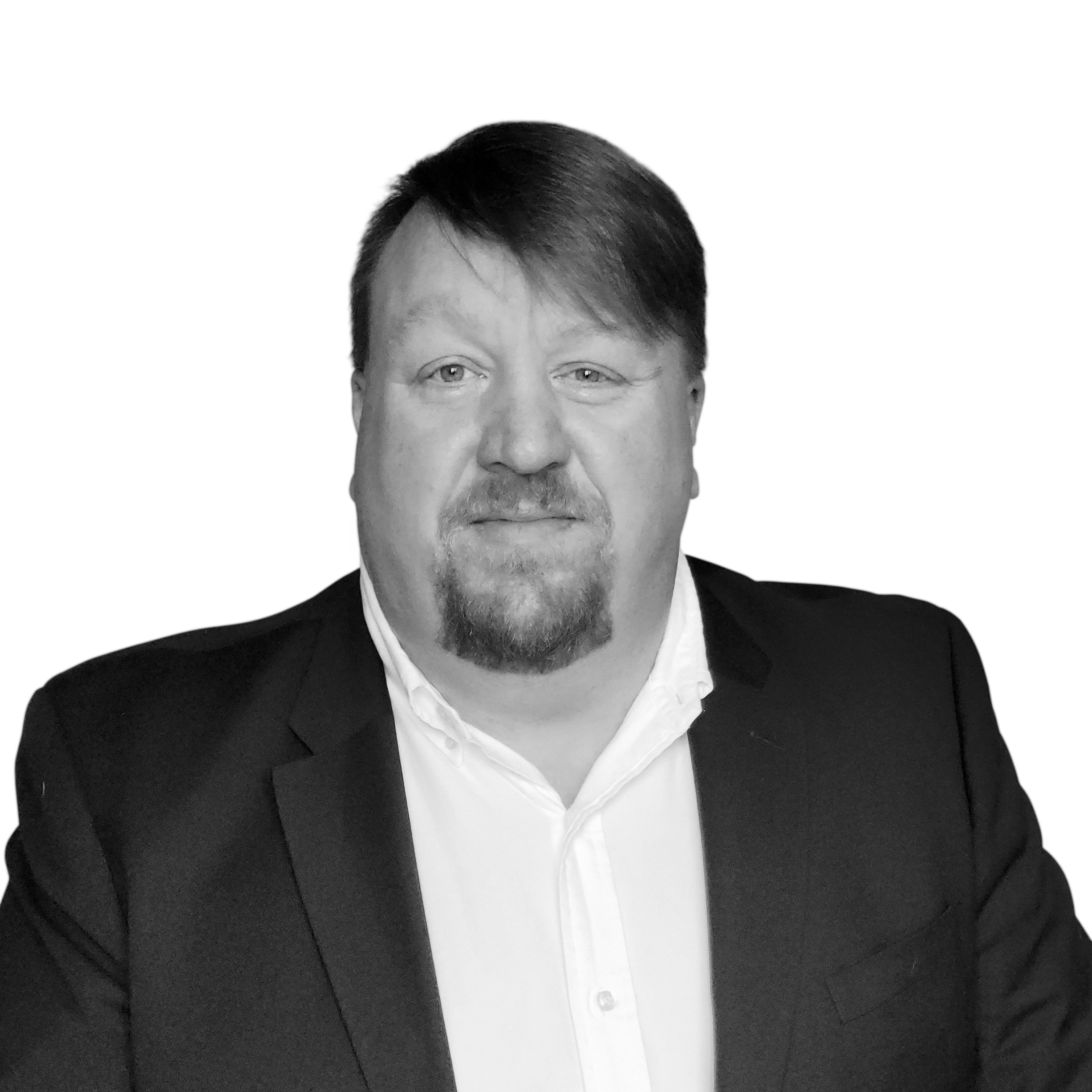 Bryson Hull creates and executes communications strategies that help HBW’s clients hurdle over barriers to business objectives, fend off crises or unfair attacks to reputation, and engage successfully with financial and other specialized audiences. He brings a global geopolitical perspective and an insider’s knowledge of how journalists think, earned during his 17 years of reporting and writing about politics, business and wars on assignment in Africa, Asia, the Middle East, and North America.

Bryson is consulted by senior executives, serving diplomats and government leaders for his counsel and proven ability to swiftly analyze – and extract clarity from – unpredictable, complex or volatile situations. His current and past engagements include Fortune 500 clients in energy, agriculture, finance and manufacturing, and his portfolio includes multiple campaigns, due diligence investigations, media engagement, opposition management, stakeholder identification/analysis and strategic reports to support new country/ market entries.

For most of his journalism career, Bryson worked for Reuters News in Houston, Nairobi and Colombo, where he served as a bureau chief and country manager. His reporting put him in frequent contact with heads of state, CEOs, and sensitive cultural environments, and took him to places like Afghanistan, Iraq and Somalia, where he learned how to thrive under extreme pressure. Bryson has also worked for the Associated Press and Bloomberg, and got his start as a police reporter in newspapers in Texas and his native Connecticut. A father of two, he holds a Bachelor of Science from Northwestern University’s Medill School of Journalism and speaks Spanish and Swahili. 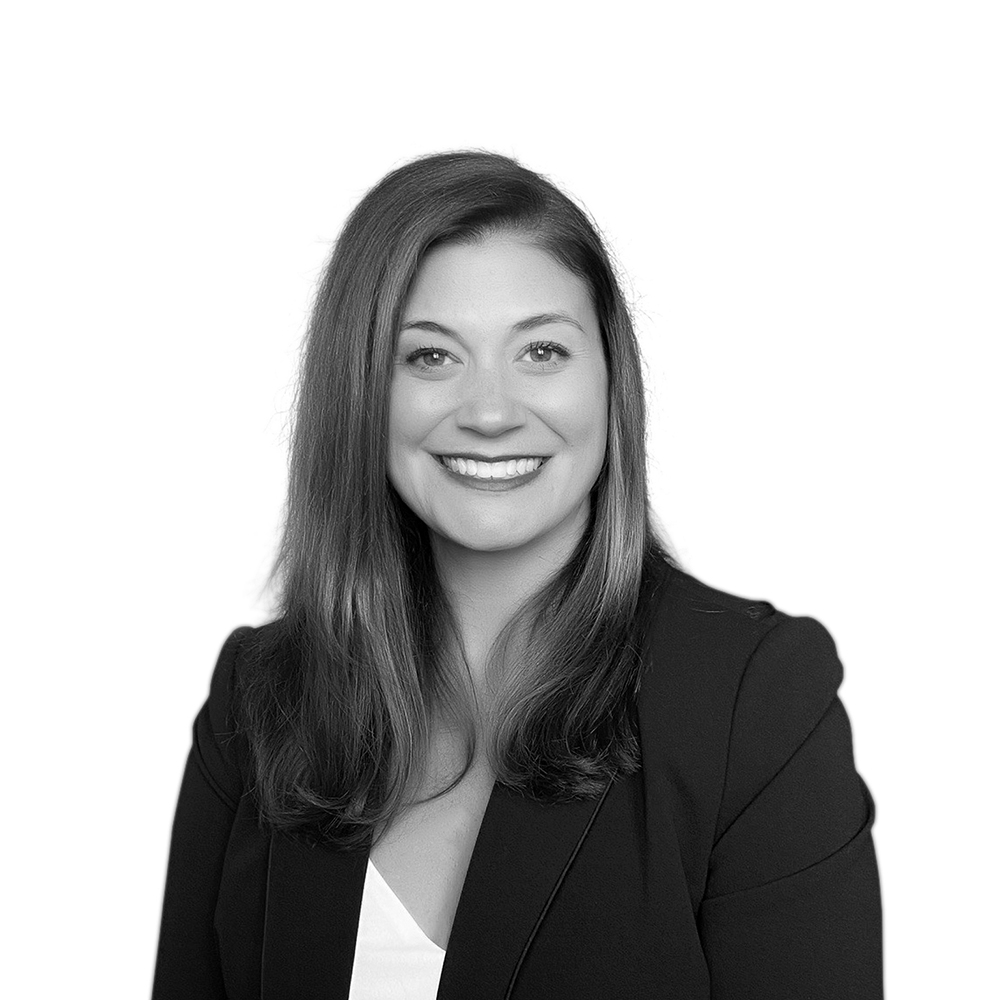 With two decades of experience in public affairs and communications, Kristin Marcell is an experienced public relations executive with a demonstrated history of delivering high-quality results at the top levels of the government and private sector. She provides communications counsel and service to HBW Resources’ clients, with a focus on media relations, issues management, research and messaging, and executive media training.

She brings to HBW a strong background in press relations and an impressive list of top-tier media contacts, including at The Wall Street Journal, Associated Press, The New York Times, Reuters, Bloomberg, U.S. News and World Report, POLITICO, Fox News, and CNBC, among others.

Previously, Kristin was the communications director of the Federal Motor Carrier Safety Administration at the U.S. Department of Transportation, where she served as the official spokesperson and directed the Agency’s communications program.

Kristin was also the director of external affairs for the former Chairman of the U.S. House Committee on Resources, Richard Pombo, General Electric’s Political Action Committee manager in their Washington, D.C. corporate office, and served as a legislative staffer to a congressman in the U.S. House of Representatives.

A native of Pennsylvania, Kristin holds a Master’s in Public Policy from the George Washington University and a Bachelor of Arts in Political Science from the Pennsylvania State University.

Jessica is responsible for the firm’s digital presence and the online execution of its grassroots and advocacy programs, as well as managing and implementing digital campaigns that create interactive relationships between HBW’s clients and their target audiences.

Before joining HBW, Jessica earned her depth of expertise working across diverse industries including energy, health and beauty, hospitality and funeral and cemetery services, creating digital and social media campaigns to help her clients exceed their marketing and communications goals. Her background in corporate communications helps companies advance their brand while effectively communicating messages and leveraging support from their clients, consumers and stakeholders from start to finish.

Jessica lives in Houston, Texas, and holds a M.S. in Journalism from Northwestern University and a B.A. in English from The University of Texas at Austin.