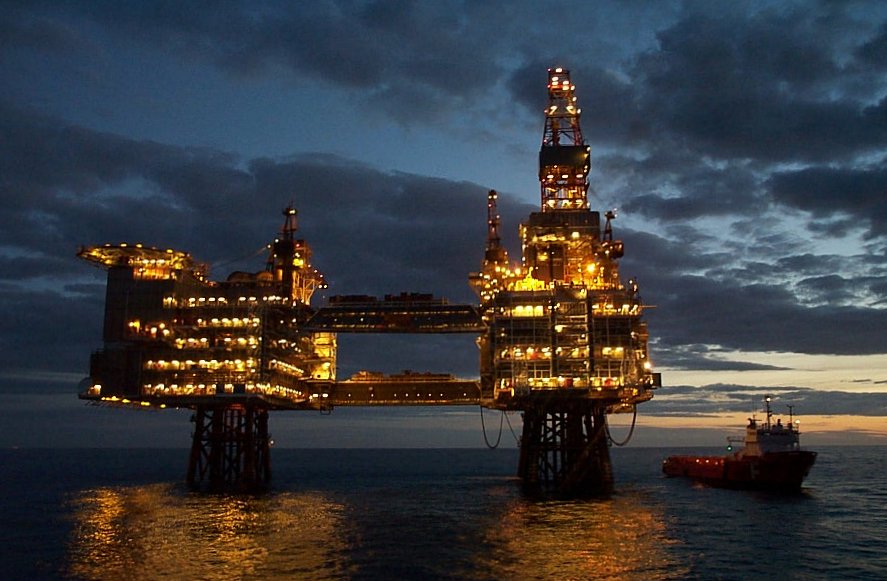 Below is a summary of publicly available activities currently underway that could affect the development of offshore oil and gas resources.

Additionally, we have compiled a summary of all the legislation proposed in the 113th Congress addressing offshore energy development.  The summary can be viewed here.

The U.S. Coast Guard has announced a nontank vessel response plan final rule effective October 30, 2013 that requires the owners or operators of nontank vessels to prepare and submit oil spill response plans.  “Nontank vessels” self-propelled vessels of 400 gross tons or greater that operate on the navigable waters of the United States, carry oil of any kind as fuel for main propulsion, and are not tank vessels.

The rule specifies the contents of the response plan, addresses requirements to plan for responding to a worst case discharge and a substantial threat of such a discharge, updates the international Shipboard Oil  Pollution Emergency Plan requirements that apply to certain nontank vessels and tank vessels, and requires vessel owners or operators to submit their vessel response plan control number as part of already required notice of arrival information.

The announcement states that BSEE found good cause to issue a final rule without prior public notice and comment because under existing regulations, the adjustment of fees for inflation according to changes in the Bureau of Economic Analysis’ Implicit Price Deflator for Gross Domestic Product is not discretionary, and the public was provided with an opportunity to comment on this regulation before it was promulgated.

In addition, BSEE says that proceeding in this manner allows the agency to align implementation of the final rule with the beginning of the fiscal year, and that the final rule will not affect the operations of the parties to which it applies.

The Interior Department’s U.S. Fish and Wildlife Service has announced that it is seeking comments on its proposal to list the rufa red knot as threatened under the Endangered Species Act.  The announcement notes that USFWS will publish a proposal to designate critical habitat for the rufa red knot “in the near future.”  Comments on the listing proposal are due by Friday, November 29, 2013, and public hearing requests are due by Thursday, November 14, 2013.

The red knot, which is a candidate species, migrates annually between its breeding grounds in the Canadian Arctic and several wintering regions, including the Southeast U.S., Northeast Gulf of Mexico, northern Brazil, and Tierra del Fuego at the southern tip of South America.

References of note include the following:

NOAA’s National Marine Fisheries Service has announced the issuance of a 5-year permit (effective Sept. 11, 2013) that authorizes research on marine mammals in the Atlantic and Pacific Oceans and Gulf of Mexico.

The permit issued to the Scripps Institution of Oceanography specifically authorizes the organization to conduct scientific research activities on 35 cetacean species/stocks in the Gulf of Mexico, in waters off Alaska, off the U.S. west coast, and near Hawaii.

The study is intended to “understand[] cetacean use of sound and their sensitivity to anthropogenic sound as well as the impacts of the Deepwater Horizon oil spill.”  The permit notes that study sites will be areas “where opportunistic anthropogenic acoustic sources and/or oil spill effects may be present to provide an opportunity to investigate possible impacts from sound and/or oil spill exposure.”

Among other things, the Scripps permit notes the following:

The Center for Biological Diversity (CBD) has announced the filing of a notice with the U.S. Bureau of Safety and Environmental Enforcement and Bureau of Ocean Energy Management seeks to compel the suspension of any operations that involve hydraulic fracturing off California’s coast and commencement of a full National Environmental Policy Act analysis of “fracking pollution’s threats” to the environment and wildlife in the area.

According to CBD, the federal government is “violating a key national environmental law by allowing offshore fracking in waters off California’s coast without analyzing risks to human health and endangered marine species.”

CBS claims that during offshore hydraulic fracturing, “a significant amount of fracking fluid returns to the surface and is either discharged into the ocean or transported for onshore ground injection,”  with chemicals “enter[ing] the marine ecosystem and threaten[ing] marine life and sensitive habitats.”

The U.S. Interior Department’s Fish and Wildlife Service has announced that the Sport Fishing and Boating Partnership Council (Council) will hold an open meeting in New Orleans, LA on October 28-29, 2013.

Agenda items for the Council meeting include updates on the Rigs to Reefs Program and Interior Department implementation of its “Idle Iron” policy for the decommissioning and removal of unused oil and gas production infrastructure.

NOAA’s National Marine Fisheries Service (NMFS) has announced that it is reopening the comment period on (1) its proposal to designate 36 marine areas in the Atlantic Ocean and Gulf of Mexico that are within the Northwest Atlantic Ocean loggerhead sea turtle Distinct Population Segment (DPS); and (2) its proposed determination that no marine areas within U.S. waters of the North Pacific Ocean meet the definition for critical habitat for the North Pacific Ocean DPS.  The Northwest Atlantic Ocean DPS has been listed as threatened since September 2011.

Comments are now due by Friday, November 29, 2013, and requests for additional public hearings are due by Thursday, November 14, 2013.

President Obama recently issued a Presidential Proclamation recognizing October 2013 at “National Energy Action Month.”  The Proclamation calls for “recommitting to increasing our energy security, strengthening our economy, combatting climate change, and improving the environment ,” encouraging the American people to “work[] together to achieve greater energy security, a more robust economy, and a healthier environment for our children.”

The public can participate at the meeting in person or by teleconference at 866-707-0640 (Passcode: 1500538).  Documents and presentations under discussion will be accessible at http://bit.ly.ZQ9aQP.

Agenda items for the October meeting include continued review of the U.S. draft candidacy application for EITI, guidance from EITI experts, and a discussion on next steps toward attaining candidacy.

A final agenda and materials for the meeting will be available here.

The U.S. Coast Guard has announced that it is seeking applications for nominees to fill the following 6 positions on the 18-member Towing Safety Advisory Committee (TSAC) that will become vacant on September 30, 2014:

TSAC, which includes one member representing the offshore mineral and oil supply vessel industry, advises the Secretary of the Department of Homeland Security on matters relating to shallow-draft inland and coastal waterway navigation and towing safety.  The advice also helps assist the Coast Guard in formulating the U.S. position regarding the towing industry in advance of International Maritime Organization meetings.

TSAC meets at least twice each year either in the Washington DC area or in cities with large towing centers of commerce and populated by high concentrations of towing industry and related businesses.

TSAC applicants should have expertise, knowledge, and experience relative to the position in the towing industry, marine transportation, or business operations associated with shallow-draft inland and coastal waterway navigation and towing safety.  TSAC members serve for a term up to 3 years and serve at their own expense (travel reimbursement and per diem may be disbursed on request).

NOAA’s Office of Atmospheric Research has announced that the agency’s Science Advisory Board (SAB) will hold a public meeting in the Washington, DC area on November 19 and 20, 2013.

According to the announcement, the meeting will include a 15-minute public comment period and discussion on the following topics:

If you have any general questions, please give me a call anytime. Previous reports and other updates can be found at the new HBW Resources Intelligence Tab at: https://hbwresources.com/intelligence/.   Hope you have a great day.