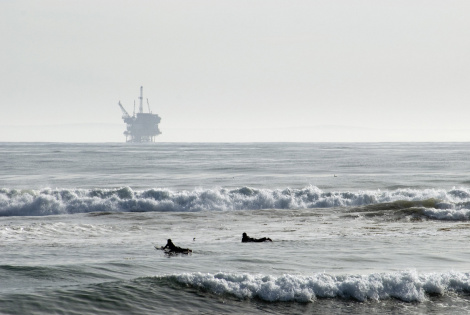 Below is a summary of publicly available activities currently underway that could affect the development of offshore oil and gas resources prepared by Brent Greenfield, HBW Resources’ Director of Ocean Policy and Regulatory Affairs.  Proposed ESA-related Draft Policy, Regulatory Revisions Released for Public Comment NOAA’s National Marine Fisheries Service (NMFS) and the Interior Department’s Fish and Wildlife Service (FWS) have announced that they are seeking comments on a draft policy it says would provide predictability and transparency on how the following factors are considered in critical habitat exclusion determinations under Section 4(b)(2) of the Endangered Species Act (ESA): partnerships and conservation plans, conservation plans permitted under Section 10 of the ESA, tribal lands, national security and homeland security impacts and military lands, federal lands, and economic impacts. They also announced that they are seeking comments on their proposal to amend existing regulations governing Section 7 interagency consultations under the Endangered Species Act (ESA) to revise the definition of “destruction or adverse modification” of critical habitat, as well as theirproposal to amend existing regulations to clarify procedures for designating and revising critical habitat. Comments on the draft policy and proposed rules are due by Friday, July 11, 2014.  NOAA Regulations for New Sanctuary Nomination Process Expected In June The Unified Agenda released by the White House Office of Management and Budget last weekprojects that NOAA will take final action in June to re-establish the national marine sanctuary nomination process. Specifically, NOAA is expected to replace the inactive Sanctuary Evaluation List with a new process whereby local communities and other interested parties will submit proposals for the designation of new sanctuaries.  Once the criteria by which nominations will be evaluated have been finalized, NOAA is expected to seek nominations for sites to be considered for designation. U.S. House-Senate Conferees Exclude Ocean Endowment from Conference Agreement   Following six months of congressional negotiations that culminated with the announcement of a conference agreement earlier this month, the U.S. House and Senate last week passed the Water Resources Reform and Development Act of 2014.The legislation excludes a provision that was included in the Senate-passed bill that would have established a National Endowment for the Oceans, which among other things would have authorized a new grant program whose eligible recipients would have included regional planning bodies tasked with developing marine plans under the National Ocean Policy.  The legislation includes a provision that authorizes the Army Corps of Engineers (USACE) to conduct studies every 5 years to determine the feasibility of projects in coastal areas to enhance ocean and coastal ecosystem resiliency, and authorizes USACE to carry out projects identified in the studies if they satisfy certain criteria under existing federal statutes.  Projects for coastal states can only be carried out at the request of the Governor or chief executive officer of that state. Coast Guard Seeks Nominations for National Offshore Safety Advisory Committee Vacancies The Coast Guard has announced that it is seeking nominations of individuals representing companies, organizations, enterprises, or similar entities to fill the following 5 upcoming vacancies on the National Offshore Safety Advisory Committee (NOSAC):

NOSAC, which expects to meet twice annually (April in New Orleans; November in Houston), provides advice and recommendations to the Homeland Security Department on matters and actions concerning activities directly involved with or in support of the exploration of offshore mineral and energy resources as they relate to matters within Coast Guard jurisdiction. NOSAC members serve terms up to 3 years and may serve a maximum of 3 consecutive terms.  Applications are due by Monday, July 14, 2014. BSEE Director Visits Energy Institute High School in Houston  Bureau of Safety and Environmental Enforcement Director Brian Salerno earlier this monthvisited with the Principal, Dean of Students, STEM Coordinator, and students at the Energy Institute High School in Houston.  According to BSEE, the new magnet school is the first high school in the United States to focus on preparing students for energy careers.  The Energy Institute provides students with an opportunity to work on one of the three following tracks: geosciences, alternative energy, and offshore technology.  The core curriculum is STEM-focused  The announcement notes that BSEE is working closely with the school on providing assistance with guest speakers, judging competitions, and arranging field trips to bureau offices. Comments Sought on USCG Information Collection Extension Request The U.S. Coast Guard announced that it is seeking comments on its request for Office of Management and Budget approval of an extension of an information collection related to approvals of proposed alterations to marine portable tanks and approvals of non-specification portable tanks. The announcement notes that the information collected will be used to evaluate the safety of proposed alterations to marine portable tanks and non-specification portable tank designs used to transfer hazardous materials during offshore operations, e.g. drilling rigs. Comments on the proposed extension, which is estimated to involve 18 annual burden hours, are due by Friday, June 13, 2014. DOC Seeks Comments on NOAA Sentinel Site Program-related Information Collection Request The Commerce Department recently announced that it is seeking comments on its intention to seek Office of Management and Budget approval of a new survey to formatively evaluate NOAA’s Sentinel Site Program (SSP) to provide information on how best to revise and modify the program for improvement.  The survey would be conducted annually for 2 years. NOAA’s SSP is a cooperative program intended to promote resilient coastal communities and ecosystems that seeks to directly engage government managers at all levels as part of a Sentinel Site Cooperative team. Comments and recommendations on the proposed information collection are due by Friday, June 13. Additional Information For additional information, contact Brent Greenfield with HBW Resources. His contact information is below. Brent GreenfieldHBW Resources2211 Norfolk Street, #410Houston, TX 77098Tel: 713-337-8810E-mail: bgreenfield@hbwresources.comWeb: http://www.hbwresources.com If you have any general questions, please give me a call anytime. Previous reports and other updates can be found at the HBW Resources Intelligence Tab at: https://hbwresources.com/intelligence/.   Hope you have a great day. Thanks, Michael ZehrHBW Resources1666 K Street, NW, Suite 500Washington, DC 20006Direct: 202-429-6081Cell: 202-277-3927E-mail: mzehr@hbwresources.comTwitter: @mzehrhbw